Kicking and screaming to believing: One district’s journey to bring AI-powered digital assistants into the classroom

In a rural North Carolina school district, two instructional technologists felt like they were building the plane as they flew it through the pandemic. Then they were approached about piloting Merlyn, the AI assistant for teachers. Discover how they went from hesitant to true believers. 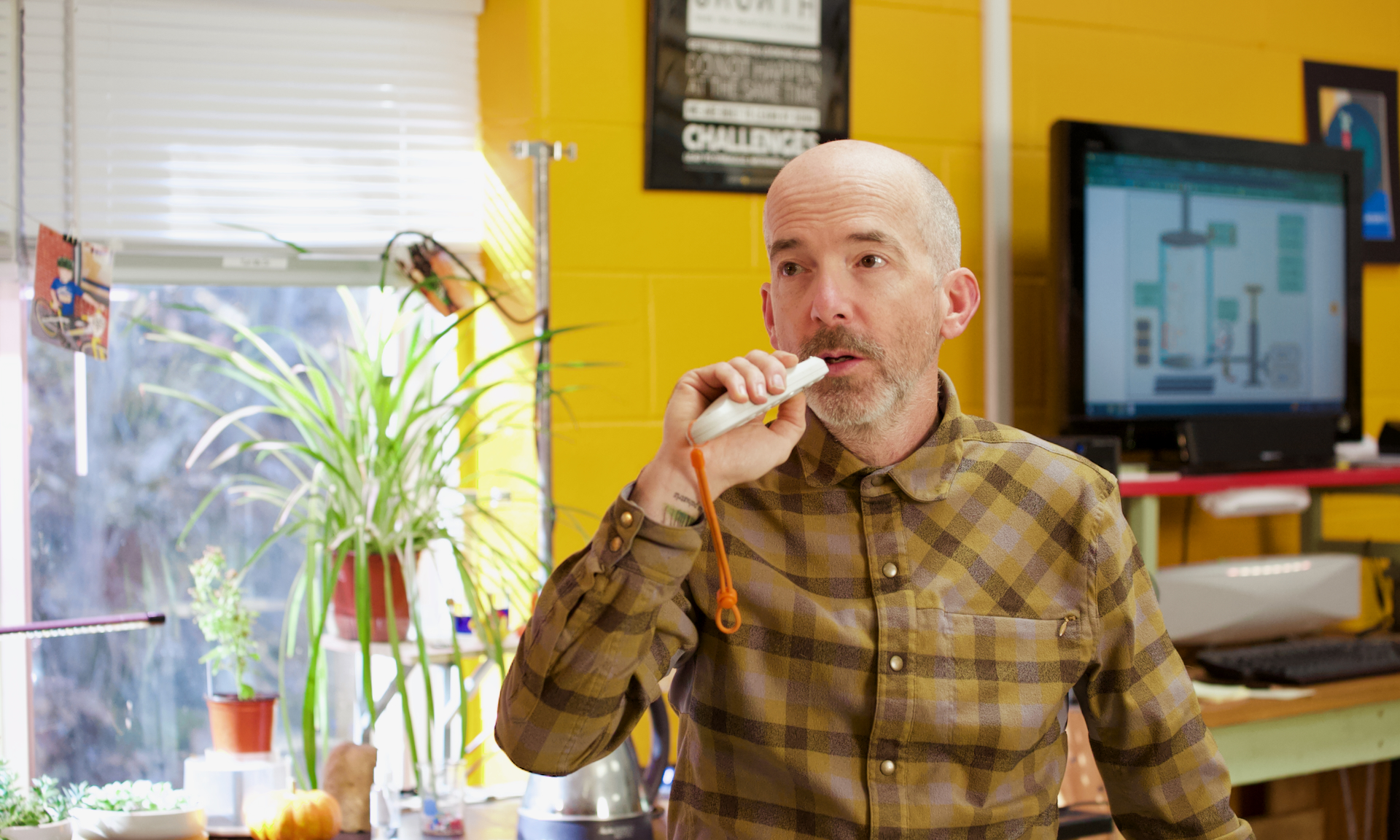 In the middle of the pandemic, Caldwell County Schools in North Carolina committed to piloting the first AI-powered digital assistant designed specifically for teachers. Not everyone was on board in the beginning. This pioneering initiative pushed skeptical district technologists Donna Nichols and Randy Seldomridge to become early adopters.

Today, they are champions of AI in the classroom.

How did their relationship with edtech startup Merlyn Mind change from “kicking and screaming” to believing? And what can other instructional technologists learn from this case study?

Edtech ‘shouldn’t be the star’

Caldwell is a post-industrial county in the foothills of the Blue Ridge Mountains with a tight community. Donna Nichols, an instructional technologist in the school district, has been there her whole life. “I went through our school systems. I didn’t leave, because I couldn't,” she says with loyalty and pride. “I like our school system, but I don’t want anything else that’s not going to really make my kids better, because that’s the bottom line.” No bells and whistles. Just outcomes.

Randy Seldomridge, a fellow instructional technologist, agreed that there is a bad side to edtech: when technology becomes the center of the learning, rather than the sidekick to facilitate the learning. “The technology shouldn’t be the star,” Nichols emphasizes. “Your end goal, the standard and what you’re trying to teach the kid, that’s where we’re going.”

Seldomridge and Nichols are clear. Teachers don't need another app. Remote learning introduced plenty of those. Instead, could the real missing piece of edtech be a digital assistant that lets teachers take control of their classroom tech? With Merlyn, tech disappears into the background so teachers can focus on teaching. That’s what Nichols and Seldomridge’s director was telling them at least.

They were skeptical. Caldwell was already innovating for survival when their director approached them about piloting Merlyn, the digital assistant for teachers. During the pandemic, Caldwell was parking school buses with hotspots in lots so that parents and students could work even when their homes had no service. “We’re building the plane just a little bit while we’re flying it,” Nichols says.

“Sometimes it feels like the parts are falling off and we’re going to crash,” says Seldomridge.

“But the engine’s still there,” Nichols adds. “We’re good.”

These instructional technologists shared the same hurried, inventive spirit as the edtech startup team at Merlyn Mind. It took time, though, to see their shared vision and persistence.

“I didn’t want to be the pilot for [Merlyn], because we were already building a plane and now you guys just landed another heavy piece of equipment,” Nichols admits. The early Symphony Classroom product was not perfect. It failed to recognize every voice command. However, when Nichols saw the Merlyn Mind engineers and her own teaching staff stay late to work out the early issues, the skepticism started to thaw. “[Teachers] were not ready to leave at 5:00, because [the Merlyn team] was not trying to make Merlyn better just for you guys to sell a product. They were making Merlyn better because they wanted it to impact those students.”

It’s a green flag for instructional technologists “when the teachers are that passionate about using the tool to make them a better teacher,” says Seldomridge. He describes one moment when the earlier version of Merlyn was not working for a teacher, and she said to him, “You are not leaving this room until you get this fixed.” Teachers were starting to offload so many of their everyday tasks to Merlyn that they realized teaching without it meant less time engaging with students. They didn’t want to go back.

Nichols started to see that Merlyn was not just some Alexa forced into a classroom; it was a digital assistant designed around the classroom. “I tell them that it's Alexa on steroids," Nichols says. "Merlyn does so much more."

Teachers needed an assistant to match their pace of work. Elementary teachers have around 1,500 exchanges with students a day, according to education scholar and researcher Philip W. Jackson, and most are unplanned and require teacher decisions. Nichols saw that Merlyn made a lot of things seamless.

Imagine a student brings up an idea or question that the teacher and class don't know the answer to. Instead of running over to the computer to look it up or moving on from a moment of curiosity, the teacher can just say, “Hey Merlyn, Google …" or “Search YouTube for …”. Nichols says those moments make all the difference. Seldomridge adds, “They’re learning on the fly and then getting back to the main idea of the lesson without impeding the flow of the lesson.”

The technologists realized that Merlyn not only engaged curious learners in younger grades, but also allowed teachers to engage and manage behavior of older students. “It’s easy to be that kid in the back of the room, trying to fly under the radar,” Nichols points out. “I was that kid.”

However, a teacher who can orchestrate her class from a remote is not tethered to the front of the classroom, back turned away from students.

“The teacher’s up, they’re moving, they’re interacting. And kids of all ages will interact with you and learn more when they’re engaged.” Nichols says. “Sometimes being engaged is, ‘Oh you’re close to me, so now I am engaged.’ And Merlyn really opened that up and helped with all of that.”

While the Merlyn Mind team was listening to teacher feedback and improving the product, teachers were also improving their practice to work better with Merlyn. Seldomridge explained, “You have to be clear on when you want Merlyn to open a file. You have to know the name of that file for Merlyn to get the right one. And so, I think it’s helped [teachers] be more intentional on how they name things, where they store stuff in their Google Drive, when they’re planning. ... The better planned we are, I think the better your classroom flows.”

Through piloting the product, Caldwell County educators were discovering uses for their AI assistant that Merlyn Mind hadn’t even planned for. It was a product that teachers had a hand in making. Merlyn was there to match what they needed.

After the pilot, Caldwell County purchased 47 more Symphony Classroom devices with Merlyn, for a total of 100 units. One school in the district will have Merlyn in every single classroom. Seldomridge and Nichols have come full circle and are true believers in the product.

Thier advice for other instructional technologists deciding to adopt AI in the classroom? There’s never a perfect time to take the leap. “Our county was just getting to where others already had been. We’re building this plane, we’re working on our technology infrastructure. We just rolled off a pandemic where everyone’s losing their minds. If we could work Merlyn and decide, ‘Yes, you are a valuable tool and we’ll continue to work with you,’ then I think anyone not dealing with the crazy of that, yes, you should definitely.”

Hear more from Randy Seldomridge and Donna Nichols on our new episode of the Supervised Learning podcast.